There’s nothing better than going to Las Vegas, Nevada. It’s a magical place where you can sit in a casino all day and gamble away your life savings or a place to shop until you drop. Whatever the case, going to Las Vegas is always a fun time. 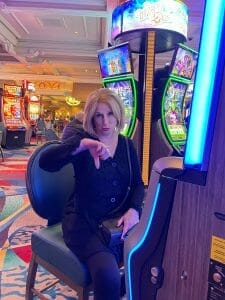 On my recent visit to Las Vegas, I went with a group of women to run the Rock ‘N Roll Marathon Series. Most of us signed up for the 10K, but two of the women were going to run the half marathon. For me, it was a comeback race after meniscus surgery.

Here’s what we did while in Vegas, prior to the race.

We spent two days there. On the first day, we had a massage, and on the second day, we had a facial. After the services, we enjoyed the various saunas, steam rooms, tropical rain forests, and the wave room. They even had a salt room there. I was told that this is the largest day spa in North America. The massage therapist explained that there were 80+ treatment rooms. Could you imagine? 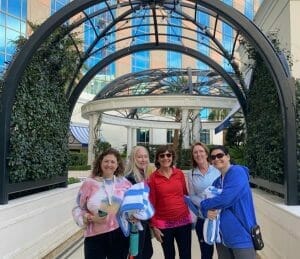 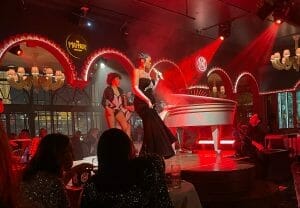 The Bellagio Hotel in Vegas is gorgeous. They have upscale shops and a beautiful array of artificial gardens within the hotel. The Mayfair Supper Club is located inside the Bellagio Hotel.

There were ten of us. We were seated soon after we arrived and were placed on the side of the stage. This was a true Las Vegas-style show with singing, dancing, and just plain fun. They even had a conga line for the guests to join in. 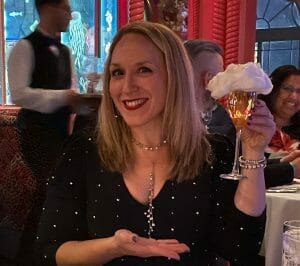 The drinks were outrageous. I had one of the best cosmopolitans I’ve had in a long time. The food was fair and very expensive. It cost me around $180 for a small filet mignon, string beans, followed by a glass of port. My friend had a salad and dessert and it cost her $75. So expect to pay. However, with the entertainment and the amazing room, it was worth it.

We had a few breakfasts in Vegas but for me, the most memorable was Bouchon in the Venetian Hotel. I had a traditional American breakfast of eggs, bacon, and sourdough toast. But, we were also given French bread before we started. Followed by escargot which had a puffed pastry over the snails. Then the main dish of eggs. The eggs were the best I had tasted. They also came with a pastry. I had the blueberry muffin, which was to “die” for!

Go to Sarah Jessica Parker Shoe Store at the Bellagio 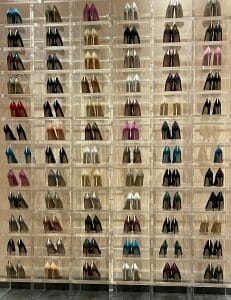 Wow, I was truly in heaven! There were amazing shoes that lined the wall at the Sarah Jessica Parker Shoe Salon. There were very high heels and not-so-high heels. All of the shoes were amazing with her signature fabric in the back of each shoe. The shoes aren’t cheap, most averaged around $350 but they were well made and looked amazing and felt amazing! 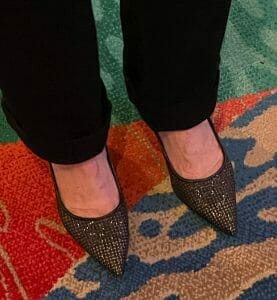 Run the Rock ‘N Roll Half Marathon or 10K 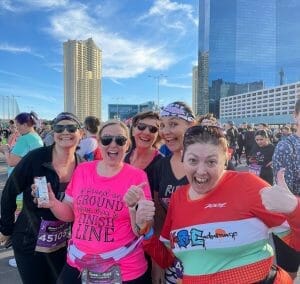 Make sure to go to Vegas in February and run the half marathon or the 10K. The route is awesome. You run the strip at night. There is music, entertainment and more on the course. It was an awesome experience not to miss! 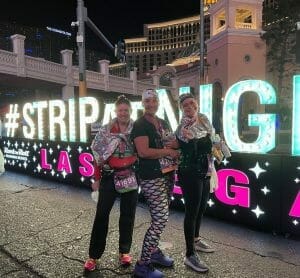 If you have other things that you love to do in Vegas, write them down in the comments below.