My party and I were going from Sintra to Cascais via taxi. When we got to our stop, we looked around and didn’t see anything, so we left the taxi and got on our way to get lunch. 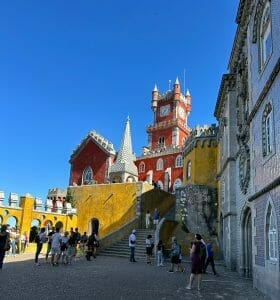 One of the members of my party left his cell phone in the taxi. At first, we thought maybe he was pickpocketed but after looking at the Find My Phone app, we noticed that the mobile device was moving. 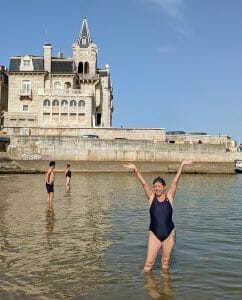 We started calling the phone but no one picked up. We called it about 20 times.

We immediately called an Uber to hunt down the phone.

We got in and tried to communicate with the driver. Unfortunately, he only spoke French and Portuguese. Not knowing either language, we called my son-in-law, Dan, who is fluent in French. He communicated with the driver and told him to follow the phone. It was now on the move.

I didn’t think we would get it back. I was sure of it and felt like we were on a wild goose chase. But, there was hopium.

For a while, the phone was in place. That enabled us to catch up a bit.

The driver, David, was wonderful. After Dan spoke with him, he was good with “the chase.” 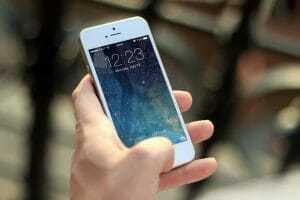 About halfway between Sintra and Cascais, off the parkway, David got off. One of the members of my party spotted the cab. “Number 97, that’s it!” he said. We were on the chase again. Now the cab was getting on the parkway. David was now speeding through the streets onto the parkway.

We were next to him and honking. He didn’t notice. David got in front of him and slowed down to a stop.

My party members jumped out of the Uber and ran over to the taxi. Thankfully, the cab driver gave us back the missing cell phone, and off we all went.

It was glorious and amazing that we got the phone back. I was very grateful to everyone involved because everything worked out as if it were a series of fortunate events.