I’ve been to Trattoria Diane in Roslyn, NY dozens of times over the years. But this was the first time coming back after COVID restrictions.

The restaurant is a Roman-style, family-run restaurant. The space is casual and inviting, with a nice sized outdoor space. The menu has traditional Roman items with its verdure, fritti, antipasti, primi, and secondi.

Trattoria Diane used to have a Prix Fix menu Sunday evenings that was a great value. We went there most Sunday nights to benefit from the menu. However, they no longer have that Prix Fix.

We went there on a Sunday evening. There were tables and chairs set up on the side of the restaurant. It was quite lovely and not that hot, so we sat outside. There was no Sunday Prix Fix menu, which was unfortunate, but we did order off the regular menu. 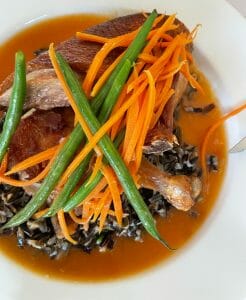 My son and I had the salmon and my husband had the duck. We started with a nice Caesar Salad followed by our entrees. The desserts looked delicious too but we decided to skip them.

I’ve been to Trattoria Diane several times before the pandemic. It wasn’t as good as I remembered but it was pretty good. It’s a good place to go if you are in the Roslyn area, but I wouldn’t suggest making a special trip for it. The place was lovely, the food was decent, but it was a pricey place. 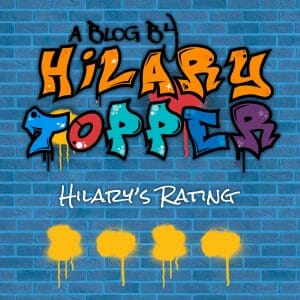